The Inspiring Women Programme endeavours to research, recognise and honour past PLC students who have achieved success in their chosen field, career or an area of personal pursuit that the OCA, as a committee, deem as being inspirational.

When the OCA committee started researching prospective recipients in 2015, with the assistance of the Archives Department at PLC, we were overwhelmed by just how many amazing women of all ages had passed through the College.

As such, rather than limit this project to PLC’s Centenary year, we decided to make celebrating our Inspiring Women an ongoing programme.

We have no particular criteria, other than to make the selection each year based on the individual having made a significant contribution in their chosen field or endeavour.

This honour roll to date, has included women in business and finance, sporting individuals, educators, medical and legal professionals, performing and visual artists and humanitarians, just to name a few, and the list is immense.

It is our purpose to bring to current PLC students and fellow Old Collegians some of these very accomplished and inspiring women, with the view that it may help to one day ignite the ‘spark’ that each and every one of us holds for contemplation and action into our own future endeavours whatever path you may take. 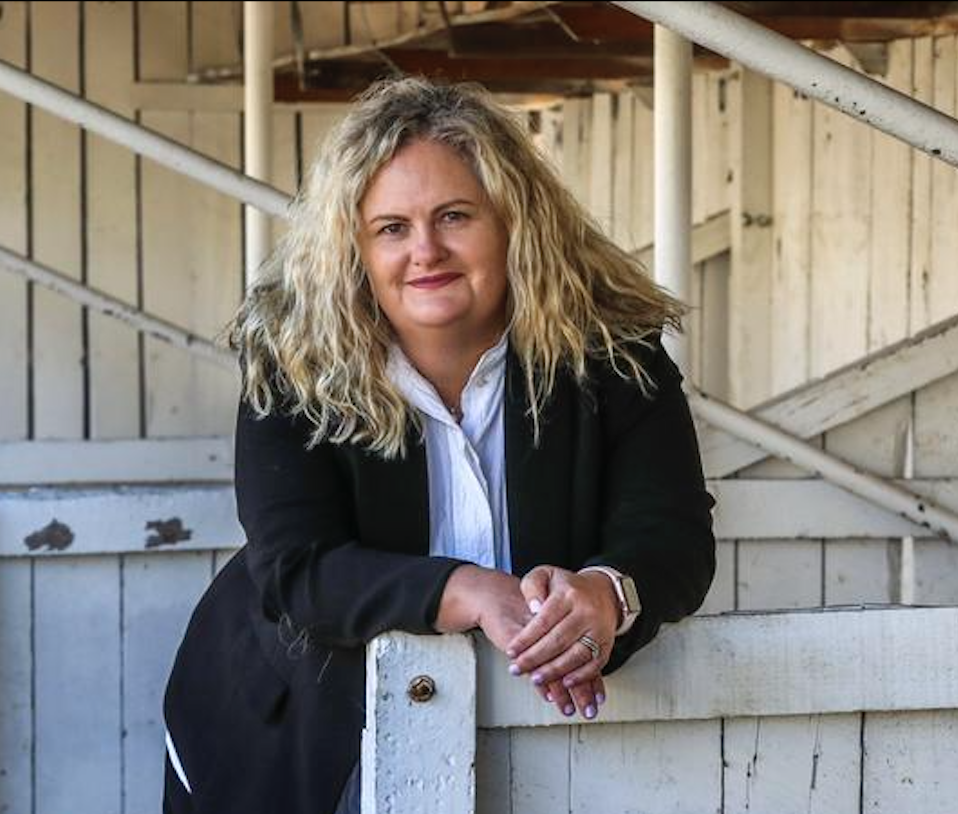 The Recipient of the 2022 OCA Inspiring Women Award is Robyn Sermon.

Born and raised on a farm in the Wheatbelt, Robyn has 30 years of experience across the education, agriculture, mining and health sectors. Focusing on regional development, stakeholder engagement, community infrastructure and business leadership. She has lived and worked in regional WA and Queensland and also spent time working overseas.  She has worked for a federal government Minister, Rio Tinto, UWA and the WA Country Health Service in addition to being on a number of Boards including the Royal Flying Doctor Service in both WA and nationally. She joined the Royal Agricultural Society of WA as the CEO in March 2022 and is the first female CEO of the organisation in its 192 years.  As part of the role, Robyn runs the Perth Royal Show – WA’s largest community event with 345,000 attending the 2022 show.  She was a PLC boarder and graduated in 1990. 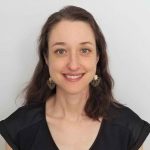 It is our great pleasure to announce Dr Rebecca Gianotti as the 2021 OCA Inspiring Woman recipient.

Rebecca is a remarkable and inspiring Old Collegian who has enjoyed an eminent career as an Environmental Engineer for the past 20 years.

Rebecca is currently working for the Global Water Institute based in Ohio USA focused on programme development for water, sanitation, and income-generating activities in rural Tanzania as part of a national rehabilitation initiative. In this role as in other roles, Rebecca has played her part in bettering the fabric of our society and that of developing nations.

Born in 1991 and based in Perth, Tessa MacKay paints contemporary realism, large-scale hyperrealism and photorealism portraiture.

Reluctant to be boxed in by an overt singular concept or style, Tessa paints diverse subjects ranging from entertainment icons, to the indigenous ‘Montagnard’ people of Vietnam and Aboriginal Australians.

In every instance, she strives to meaningfully engage with her subjects and their story as a means to inform her thematic, stylistic and compositional approach. Above all else, through her own interpretive prism, Tessa seeks to create honest works that capture a subject’s essence, drawing the viewer’s empathy, curiosity, fascination and ultimately, shared humanity.

Tessa’s most recent portrait of David Wenham, titled ‘Through the Looking Glass’ is a 2019 Archibald finalist and winner of the Archibald Packing Room Prize.

Tessa has also been extending her artistic talents into the film industry and was the costume illustrator in the feature film The Furnace, written and directed by Tessa’s husband, Roderick MacKay. The Furnace hits cinemas Thursday 10 December.

Judith Gardam LLB, LLM, PHD, FASSA is Emeritus Professor at the University of Adelaide Law School and is a Barrister and Solicitor of the Supreme Court of Victoria and the High Court of Australia. 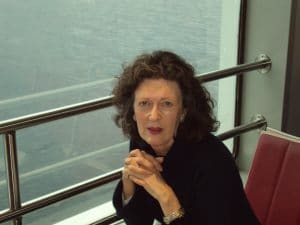 Judith graduated PLC during an era where community expectation was that marriage and a family were a woman’s ultimate goal. The headmistress of PLC at the time, Dr Summers, however, always impressed on “her girls” the value of a University education, and with the somewhat bewildered agreement of her parents, Judith completed a Law degree at the University of Western Australia.

Partly because of the difficulties confronting women in the legal profession at that time, combined with a very restless spirit, it took Judith quite some time to determine where her vocation lay. She moved to Melbourne in the late 1970s where she found her feet as a teacher and scholar and commenced a journey that has been all consuming and infinitely rewarding. Judith is a feminist international law scholar, and the focus of her work has been on increasing the legal protections for civilians and, in particular women, during times of armed conflict.

One of the most interesting aspects of her work is that it has brought her into contact with a range of international actors including the military of various countries, United Nations agencies, non-governmental organisations and the International Committee of the Red Cross to name a few. Judith’s work is the first in the field and she is acknowledged as an international expert on the topic. Her scholarly writings led to her election as a Fellow of the Academy of Social Sciences in Australia. On reflection, her career is somewhat of a total surprise to Judith as there were no role models for her at the time and she had no real plan, but it worked out.

For her, every moment has been worthwhile.

After taking a year off after school to work back on the family farm and drive around Australia, Jane studied Sports Management at university. She then worked at the Ministry of Sport and Recreation followed by St Hilda’s school as their Outdoor Education assistant. Still feeling she hadn’t found her true calling, she applied for a position as a career fire fighter. Six months later and after an arduous application process, she was selected with 17 others to start at the firefighting recruit school. At that stage, there were only eight women in the service in WA. Jane is now in her eighteenth year as a fire fighter, for the last seven years she has worked as a Station Officer in charge of her fire station platoon and at any one incident may manage up to three fire truck crews.

As well as going about her everyday life as a fire fighter, Jane is used to responding to some extreme emergencies. She has extinguished ship fires in Dampier, helicoptered stranded flood victims in the states north, searched for missing persons during New Zealand’s earth quakes (first ever overseas deployment from WA), contained large chemical spills, cut people out of cars, not to mention the obligatory rescuing cats out of trees! She has competed and won the ultimate fire fighters challenge in Canada, and was a runner recipient in New York.

Jane considers herself extremely fortunate to be a member of the first operational all female fire truck crew in Australia. She is passionate about her profession, and continues to train and recruit firefighters as part of her ongoing commitment to the organisation.

It is our great honour and pleasure to announce Georgie Smith (1986) as the 2017 OCA Inspiring Women’s recipient.

Georgie Smith is a Los Angeles-based filmmaker, chef and designer, who grew up in Perth and graduated from PLC in 1986.

Georgie founded the non-profit organisation, A Sense of Home (ASOH), after her random act of kindness for an aged-out foster youth formed a model for a community based solution to an escalating crisis.

A Sense of Home is a non-profit organisation based in Los Angeles that is dedicated to creating homes, community and a new beginning for foster youth after exiting the foster-care system. Foster youth exiting the system are more likely to become homeless or incarcerated than any other population (at a cost of $8billion/year to the tax payer).

In just three years, A Sense of Home has created 240 homes changing the trajectory of 320 young lives. Georgie has hired a staff of all former foster youth to run the organisation, empowering the once disenfranchised to become leaders of sustainable change.

In 2016, Georgie was honoured as a Top 10 CNN Hero for her pioneering, grassroots, community-building work. She was also nominated as one of seven 2017 “Sheroes” at the Women’s Choice Awards, and included in the 2017 global book and exhibit “200 Women Who Will Change the Way You See the World.”

ASOH is a model to be replicated around the US and the world. Georgie and fellow ASOH founder, Melissa Goddard, will soon launch a social enterprise that will benefit ASOH, aged-out foster youth and anyone creating their first ever home. Georgie is dedicated to building healthier, more loving communities from the ground up.

Prior to ASOH Georgie was a designer of new homes, interiors, landscapes and events. The events that Georgie creates also included her own unique culinary expression.

You can read more about Georgie and ASOH at her website.