It was none other than PLC Old Collegian Eliza Reilly (2016) who took home a hat-trick of prizes at the WA Football Media Guild Awards on Wednesday 1 December.

The West Australian’s Eliza Reilly received the Bernie Kirwan-Ward award for best WAFL story and was a huge driving force behind the WAFLW retaining their reserves league for 2022. She also took out the Women’s Football Media Award for her trailblazing reporting on the WAFLW and AFLW.

Her third prize of the night was the Emerging Media Talent Award, which she won alongside 10 News First’s Ashleigh Nelson. The pair shared the privilege of being the inaugural recipients of the award named in honour of the late former WA Football Media Guild President, Tracey Lewis. 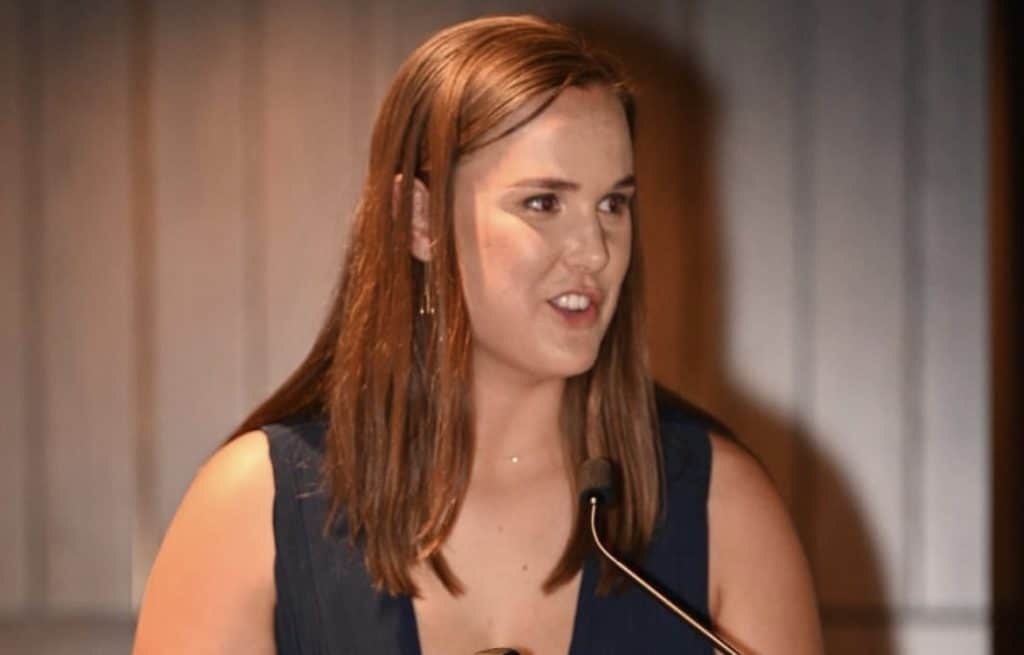 “It was an honour to receive such incredible recognition on the one-year anniversary of starting with The West Australian. I moved home from the Gold Coast late last year hoping to cover more football and in my debut season, I travelled as far as Darwin and Melbourne for games and even got to cover a grand final in my home state which I think, as an experience, will be hard to beat!” Reilly said.

“I have also been able to take a front seat at the forefront of women’s football, covering West Coast’s second season in the AFLW and Fremantle’s run to finals. I think it’s time as an industry we start to cover the female game with a critical eye as we would the men and I hope this recognition proves that.”