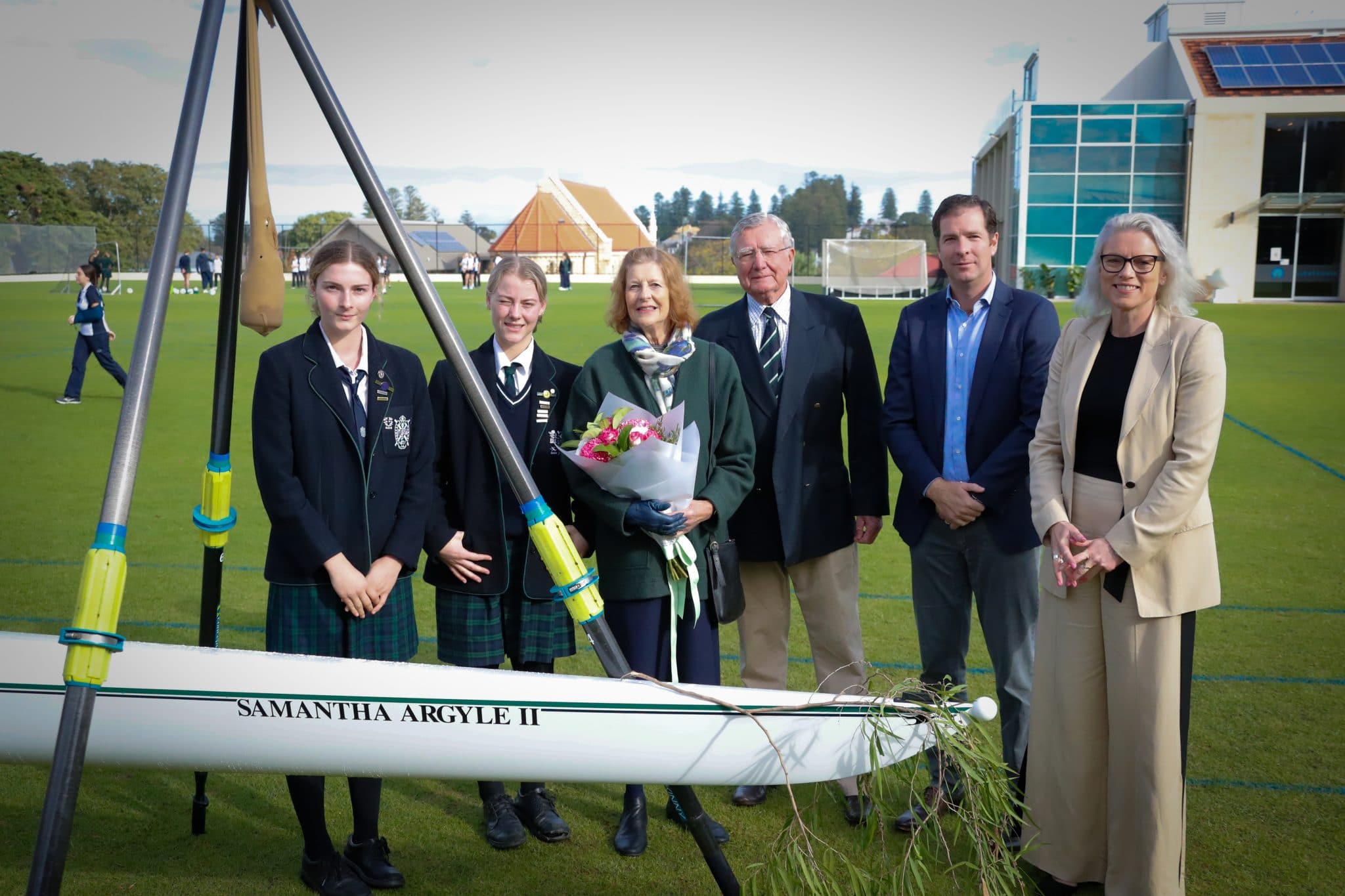 At the conclusion of this morning’s Assembly, we were not only able to formally recognise the many benefactors of “The Benefactor” affectionately known as “The Benny”, but it was also a very special occasion where we formally retired the Eight, the “Samantha Argyle” and announced the name and christened PLC’s newest Eight, the “Samantha Argyle II”.

Joined by three very special guests, Mr Rory Argyle, past PLC Old Boy (Class of 1941), his wife Penny, and his son Angus, we were able to pay tribute to not only the Argyle family for their continued support, but the Argyle Club, the rowing programme and the wider community for their ongoing support of our rich rowing history.

Mr Argyle was instrumental in the establishment of the rowing programme at PLC and was the Chair of the Appeal Committee that raised over $300,000 to establish the PLC Rowing Shed. The “Samantha Argyle” and the “Samantha Argyle II” are both named in memory of Mr and Mrs Argyle’s daughter and Old Collegian, Samantha Argyle (1989).

During the Assembly, our Principal, Ms Cate Begbie, made mention that she, as well as the current members of the Argyle Club and rowing staff, will always want a boat in the fleet named after the Argyle family for the significant contribution and continued support they give to PLC Rowing.

The original “Samantha Argyle” was purchased in 1998 and has been on the water for 24 years.

Our wonderful Head Rowing Coach, Mr David Milne drove over 5,598 km over six days to Broken Hill to collect the Eight during the Mid-term Break and we thank him very much for his dedication.