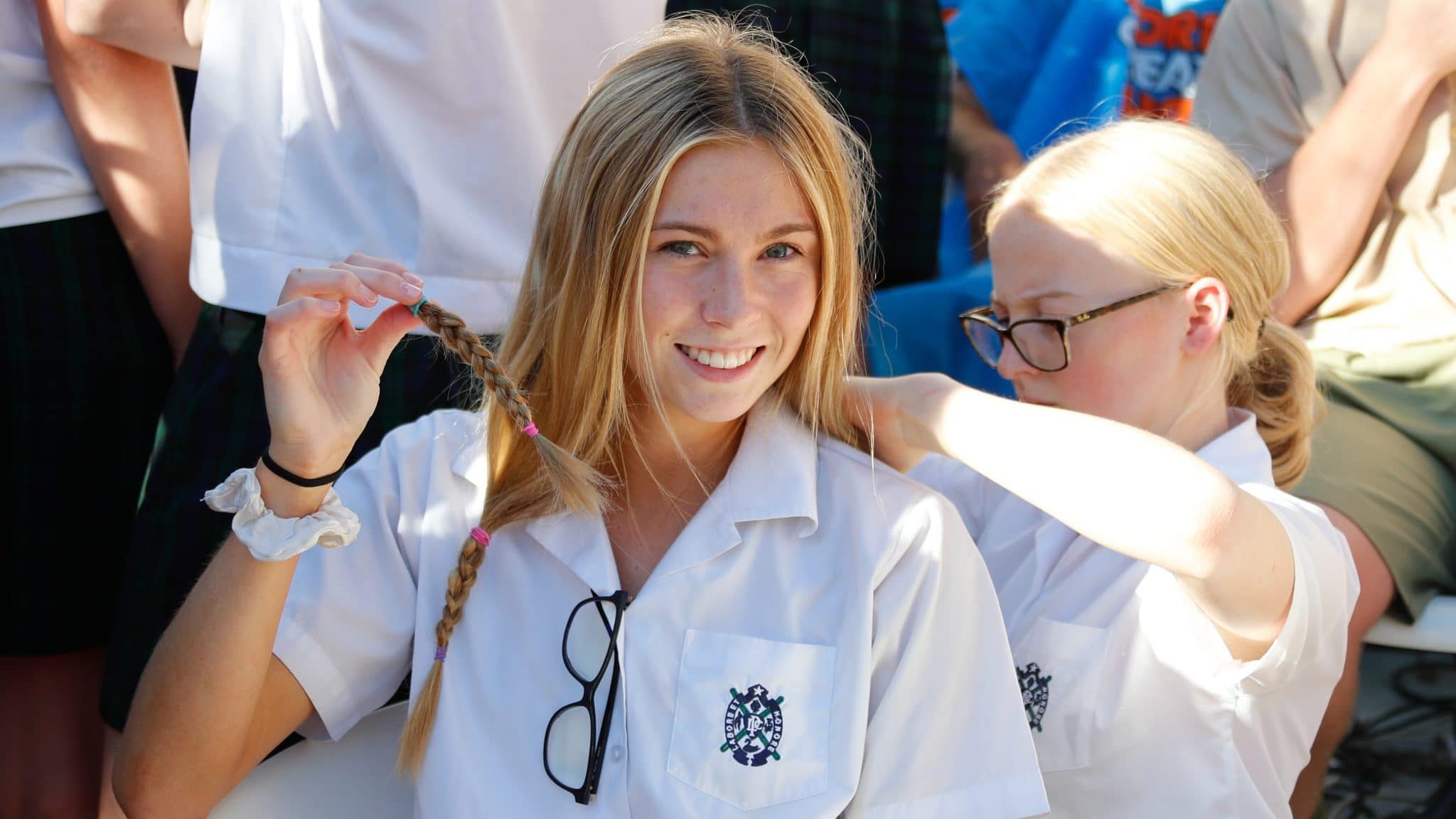 Every year, PLC and Scotch College participate in the World’s Greatest Shave and this year PLC has raised $42,520 and Scotch an impressive $70,000.

On Monday 29 March, 82 PLC girls raised their hand and had their hair cut including four brave students who had their heads shaved.

Of those girls to cut their hair was Matilda Lamb (Year 12) who has never once had a hair cut in her 16 years. Individually, Matilda raised over $3.7K. 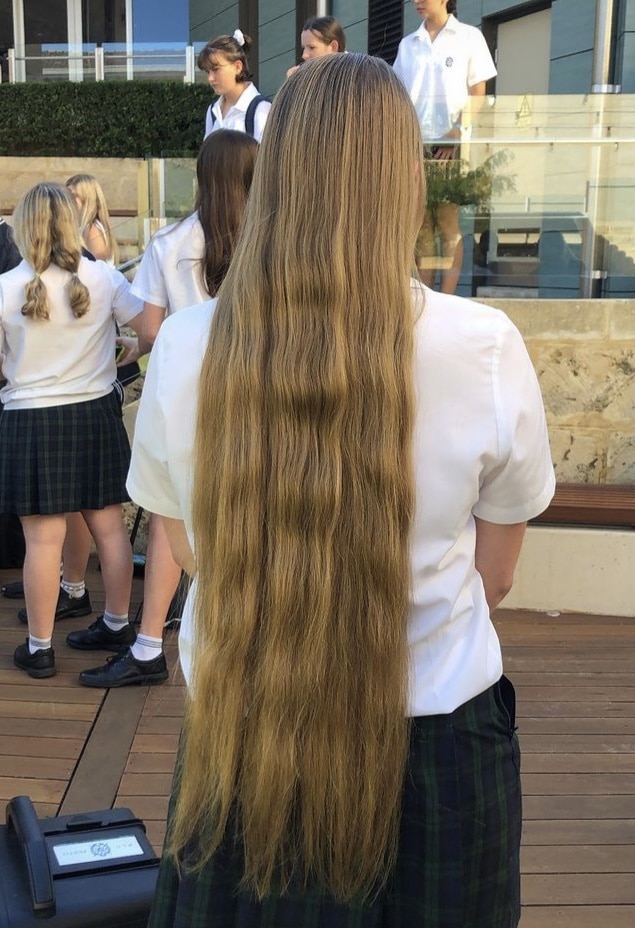 Matilda Lamb (Year 12) has never had a serious haircut – only ever very minimal trims.

The World’s Greatest Shave not only sees wigs made for those who have been diagnosed with leukaemia, but also raises vital funds which goes towards research and development of new treatment technologies and to cure leukaemia – with the aim to totally cure blood cancer by 2035.

To open the event, the participants and community heard from Mr Dom Sheldrick who spoke to everyone about the importance of fundraising and supporting organisations such as the Leukaemia Foundation. Mr Sheldrick is a 20+ year survivor of leukaemia and divulged that the money raised from initiatives such as this one, is directly responsible for the development of treatments and nowadays his particular strain of leukaemia is treated simply with a tablet.

PLC parents and guardians are invited to head to the PLC Gallery for all the photos and we thank everyone who contributed to the cause this year.