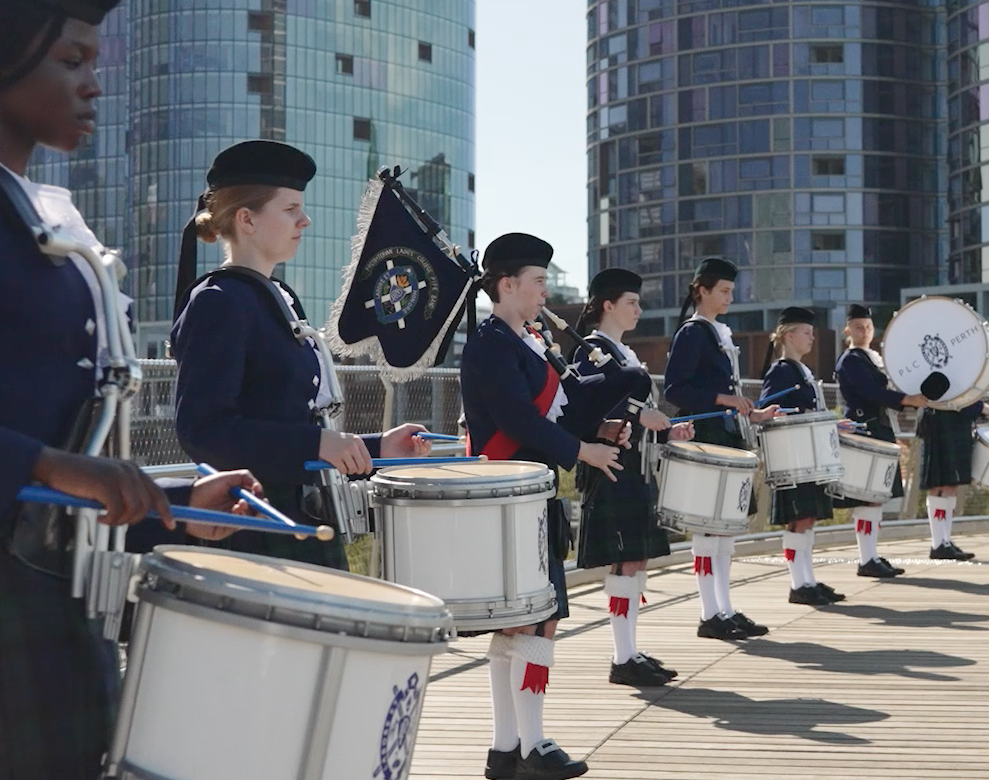 The PLC Pipe Band is celebrating 40 years since its first performance and to celebrate this momentous occasion, PLC has produced an emotive rendition of Dawning of the Day highlighting some of Perth’s most iconic locations including Elizabeth Quay, Optus Stadium, the Blue Boathouse, and Cottesloe Beach.

The video is also a nod to the PLC Perth’s Pipe Band’s unique status as the first girls’ school pipe band in Australia. Historically, pipe bands have been an all-male pursuit, however, thanks to the foresight of PLC’s then Musical Director, Eric Page, the introduction of the PLC Pipe Band has gone from strength to strength and is now a source of immense pride for the School.

Throughout its four decades, the PLC Perth Pipe Band has been a regular feature at events throughout Perth, including ANZAC Day Parades in Perth city, the Perth Royal Show, Lilac Hill cricket matches, and many military events.

Later this year, a book will be published to celebrate the 40-year milestone and a gala reunion will also be hosted by the School for the past Pipe Band members and staff to pay tribute to the achievements of this group over the decades.