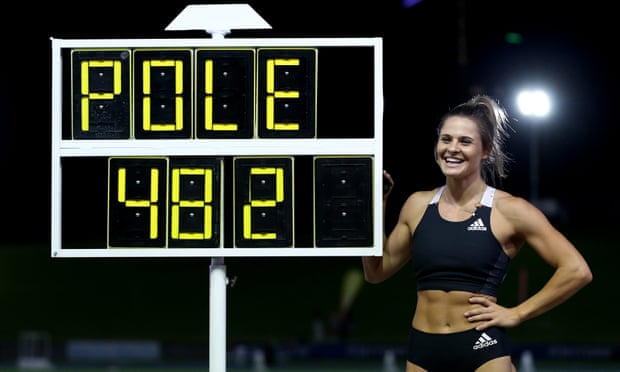 Nina Kennedy poses next to her Australian pole vault record of 4.82m at the Sydney Track Classic. Photograph: Brendon Thorne/AAP

We are always excited to share the outstanding achievements of our Old Collegians, and none more so than Nina Kennedy (2014), who pole vaulted her way into the history books on Saturday 13 March at the Sydney Track Classic.

The 23-year-old is now the Australian women’s pole vault record holder after edging past the previous record 4.82m on her first attempt.

Nina’s jump was a personal best by 7cm and surpassed previous record-holder Alana Boyd’s jump of 4.81cm from 2016.

“I’m just happy that it’s done and I got it tonight,” Nina said after her jump. “I’ve attempted it about five or six times t this season so to just nail it on my first attempt, I’m so happy.

“I’ve had my last two comps where I’ve jumped on new poles and it hasn’t quite worked so I actually used … Alana Boyd’s pole. So thanks Alana,” Nina said.

Nina’s feat would have earned her a bronze medal at the Rio Olympics and has well and truly cemented her place at the Tokyo Olympics having jumped the Olympic qualifier height on six or seven occasions through the opening months of this year. 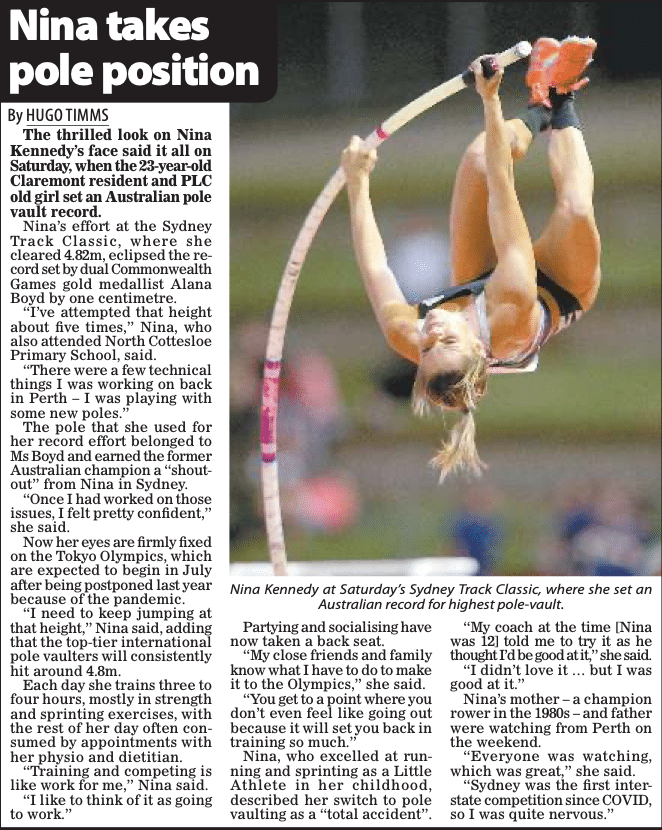