We Need to Talk About Sexting…

Many parents have probably heard of, or started watching, the new Australian television series, “The Hunting,” premiering on SBS last week. The high-quality drama depicts a teen sexting scandal that rocks four families across two schools. It tells the story of two teenage girls, who unwittingly become targets of public humiliation and cyberbullying after taking and sharing sexually explicit images of themselves. The series pulls no punches and makes viewers wonder whether this could happen in their own families, how they could prevent it, and how they would react in similar circumstances. According to a 2017 eSafety survey, one in three respondents, aged from 14 to 17 years, had experienced some form of sexting in the previous 12 months. This included sending, receiving, asking, being asked, sharing or showing intimate images. 15% of teens had been asked specifically to send a nude or partially nude photo or video of themselves in that time, with girls being more than twice as likely as boys to have been asked. Overall, 27% of those asked actually sent the requested image, but the likelihood increases with age, e.g. 17-year-olds = 34%.

Earlier this year, the WA government introduced new Intimate Image Laws, which came into effect on 15 April 2019. These amended the Criminal Code to “create a new offence against distributing an intimate image of a person without their consent, empower courts to make a rectification or ‘take down’ order in relation to the image, and criminalise the threat to distribute an intimate image” (WA Department of Justice, 2019). Under these laws, children under 16 are not considered to be able to give legal consent to the distribution of an intimate image, regardless of whether or not they (or the recipient) believe they have consented.

Another important point is that intimate images are not restricted to nude images – they also encompass partially nude images, images of people in their underwear, and images of people engaged in private acts, such as showering, bathing or using the toilet. Exceptions are situations in which people would not normally expect privacy e.g. in bathers at the beach, or a model in underwear on a runway. Intimate images also include digitally altered images, such as someone’s face being photoshopped onto someone else’s nude or partially nude body. According to the new laws, these threats can be treated as criminal even if the image does not actually exist. Moreover, under Australian law, when sexting involves anyone under the age of 18, it can be considered child pornography (WA Department of Health, 2019). Further details of these new laws.

Experts agree that communication is one of the best ways for parents to help their children avoid or deal with dangerous, threatening and harmful situations. Although it may seem awkward, it is important to discuss the topic of sexting with your children, and to do so in a calm, open and honest way, so that they feel comfortable coming to you with any concerns, or to ask for help if they find themselves in a tricky situation.

In this discussion, you may want to include:

At PLC, we are working together to continually develop students’ skills and understandings in relation to safe, smart and responsible online behaviour, in partnership with parents and carers.

To better educate yourself on the topic, Thinkuknow has produced some helpful videos for parents:

Resources for your children: 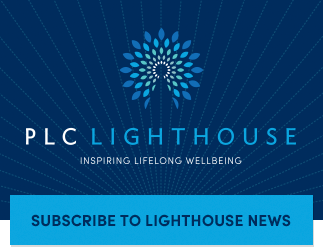