Never was there a more relevant and timely drama production than this gripping tale of England’s first woman to assert herself as a professional poet; a feminist who paved the way for women.

Written by Morgan Lloyd Malcolm, a woman for an all-female cast, Emilia takes us back 400 years ago. Could Emilia have been the ‘Dark Lady’ of Shakespeare’s sonnets? What of her own poetry? Why was her story erased from history? This Term 1 PLC Senior School production had the audience captivated, moved, and compelled to be the change.

The role of Emilia Bassano was expertly portrayed by three students Saskia Boquest (Year 11), Indah Jenkins (Year 11), and Katelyn Wain (Year 12). The cast, 35-strong, comprised of a mixture of students of varying ages and experience. Some were seasoned veterans of the stage, such as Sophie Day (Year 12), but all put on a show none will forget.

The production was directed by PLC’s own Mr Oliver Craze, and he reflected that the performances, which were shown over three consecutive days, were amazing.

“Every one of them handled the script with sensitivity and delivered it with a true in-your-face attitude and determination. They indeed were a force to be reckoned with,” Oliver said.

On the cast, Oliver continued, “It was exciting to see the new and emerging talent and they demonstrated that they could bravely step into their character’s shoes and deliver their roles. A brilliant example is one of the lead Emilia’s, Saskia Boquest (Year 11).”

“I am enormously proud of everything they have achieved, and I thank the cast and crew for their hard work and determination.”

This play was an amateur production by arrangement with Origin Theatrical, on behalf of Nick Hern Books. 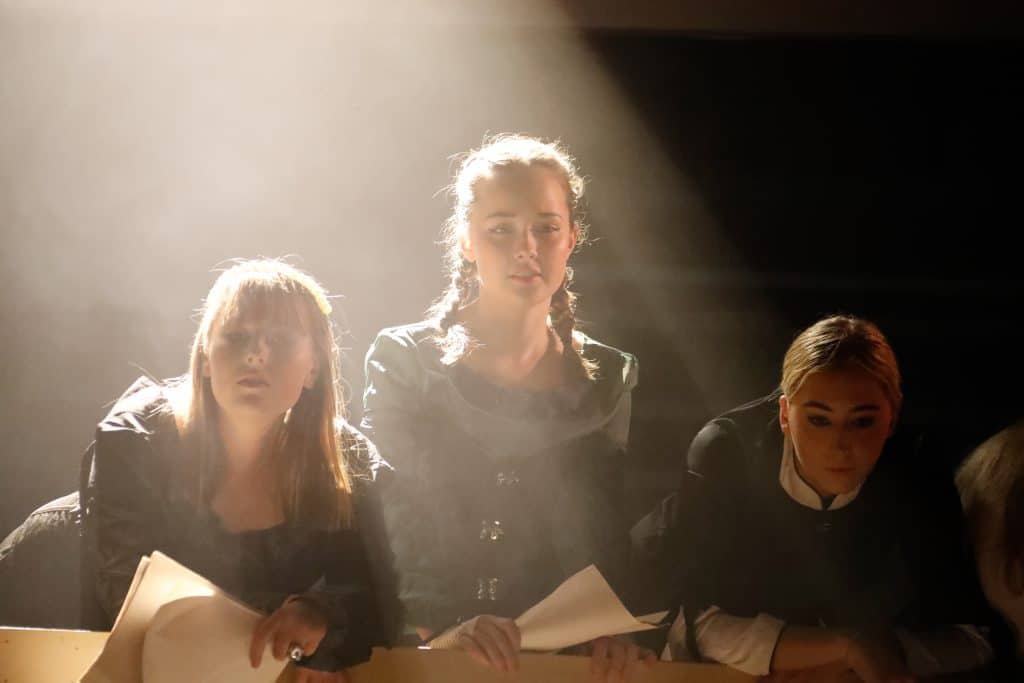 For all the photos from the performance, head to the PLC Gallery.